Written by Suzanne Tudor on 09 May 2022. Posted in The Financial Planner 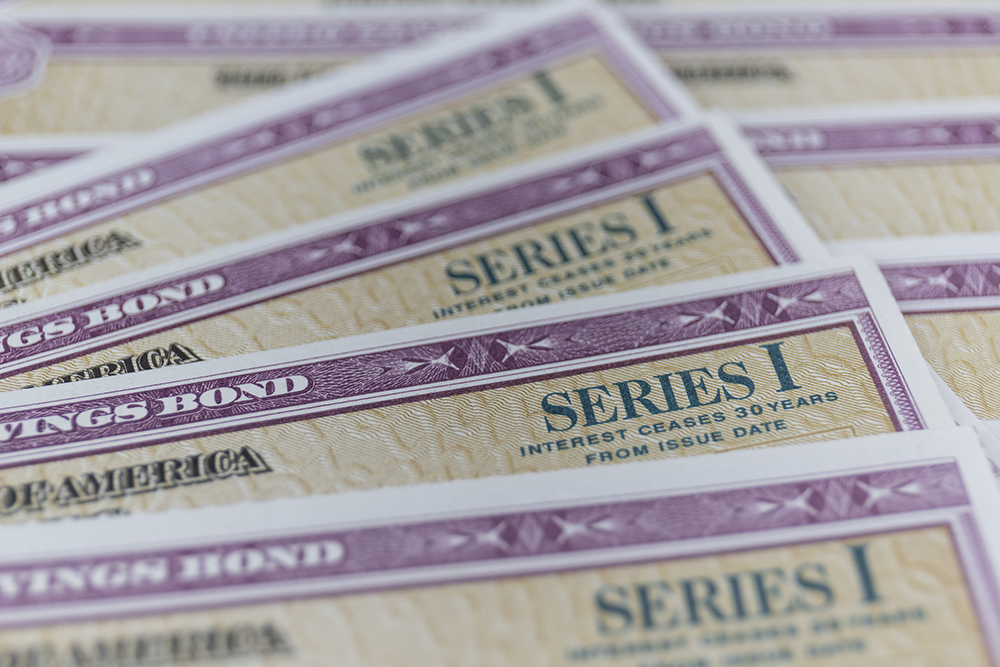 When I wrote about I Bonds in my last blog, the interest rate was 7.12%. With the current CPI numbers, the six-month rate has gone up to an astonishing 9.62%. If you have extra cash you are not going to need to use for at least one year or more, you may want to consider buying I Bonds.

The Treasury Direct website (https://www.treasurydirect.gov/), has a lot of helpful information, and it is a good idea to do your research to make sure you understand how everything works before you purchase them.

Additional Information about I Bonds

One thing that is unique about I Bonds is their interest structure, which consists of a “Fixed Rate” and “Inflation Rate” that, together, make a “Composite Rate” — the actual rate of interest that an I Bond will earn over a six-month period. The current Fixed Rate for I Bonds is 0%, but the inflation rate, which is tied to the consumer price index, is now an annualized 9.62%, making the Composite Rate 9.62%. The Fixed Rate can never drop below 0%, so the money invested will not lose nominal value.

Written by Suzanne Tudor on 16 December 2021. Posted in The Financial Planner 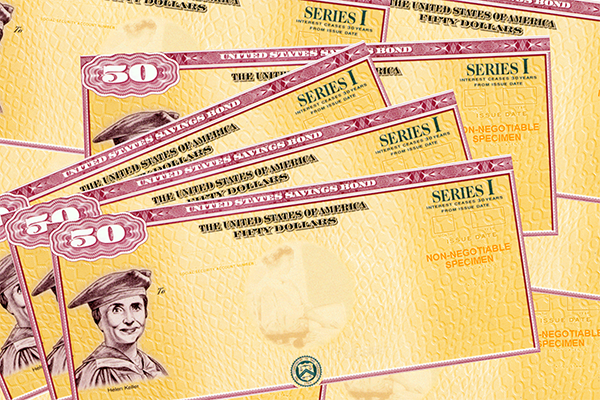 Most of us rarely think of buying I Series Bonds from the U.S. Treasury. However, the current interest rate for these bonds has been getting some attention in the news at a whopping 7.12%!

Read an article written by Jeff Levine linked below explaining what you need to know if you are looking for a better return on cash that you will not need for the next year or more.[1] If inflation expectations hold true into May when the rate is reset, these bonds should still provide a better overall return than most bank savings accounts.

From the Levine Article

I Bonds are offered via the Treasury Department and are backed by the U.S. government. You can purchase them through the TreasuryDirect website, with limits of $10,000 annually per person. What makes I Bonds unique is their interest structure, which consists of a combined “Fixed Rate” and “Inflation Rate” that, together, make a “Composite Rate”—the actual rate of interest that an I Bond will earn over a six-month period.

While the current Fixed Rate for newly purchased I Bonds is 0%, the Inflation Rate for I bonds purchased before May 1, 2022, is an annualized 7.12%. This means that the Composite Rate is also an annualized 7.12% for the first six months that the I Bond is held—the highest rate of I Bonds since May 2000. After this time, a new Composite Rate will be determined by any changes to the Fixed and Inflation rates. While I Bonds have a 30-year maturity, they can be redeemed after being held for at least 12 months. Investors who redeem I Bonds between 12 months and five years after issue will forfeit the last three months of interest, but I Bonds held for more than five years can be redeemed at their current value.

Written by Suzanne Tudor on 20 October 2021. Posted in The Financial Planner

Should I Take Social Security Now Before It Runs Out of Money? 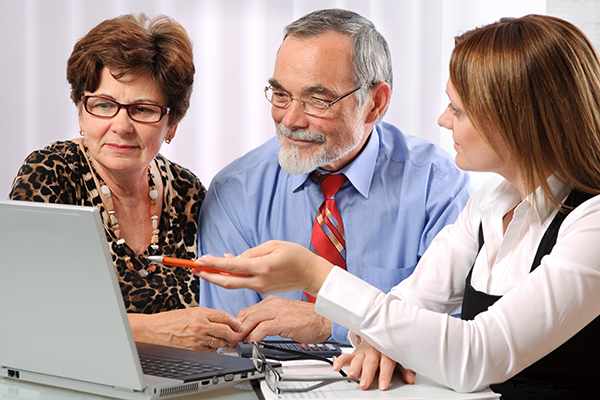 The perception that Social Security is “going broke” has been promulgated in the news media. It is, of course, not accurate. The hype scares people and causes some to draw benefits sooner than they otherwise would. Drawing benefits too early may end up costing them thousands of dollars over the long run.

What is Really Happening with Social Security

Social Security will never run out of money entirely because ongoing payroll taxes fund it. As long as people pay taxes on salaries and wages, they are paying into Social Security and Medicare. However, according to the Social Security Board of Trustees, the trust fund reserves (our emphasis) will be depleted by 2033, one year earlier than previously projected due to the COVID 19 pandemic and the 2020 recession. After that, income from ongoing payroll taxes will be sufficient to pay 76% of scheduled benefits.1

Again, Social Security will have enough money coming in to pay about 76% of projected benefits after 2033 when the reserve fund that has been making up the difference runs out. That still sounds scary. You may not know that the projection of a shortfall by 2034 was made back in 1983 when Congress made the last major change to shore up Social Security’s solvency. According to one expert, “That’s almost precisely what the actuaries were projecting more than 30 years ago. There’s no more of a Social Security funding crisis now than what was envisioned then after the 1983 changes were enacted."2

We will have to rely on Congress to implement a long-term fix, which they can do in several ways. On the revenue side, they can increase payroll taxes, increase the income threshold subject to payroll taxes, or increase the Medicare surtax. On the benefits side, they can increase the full retirement age, reduce benefits for the wealthy, or reduce COLA increases (cost of living adjustments). Other ideas include privatizing Social Security by having workers put their payroll taxes into IRA-like accounts and increasing taxes on benefits to high-income households. Congress could combine any of these ideas or even find a new funding source―it will take the will of Congress to get this done.

Written by Suzanne Tudor on 03 June 2021. Posted in The Financial Planner 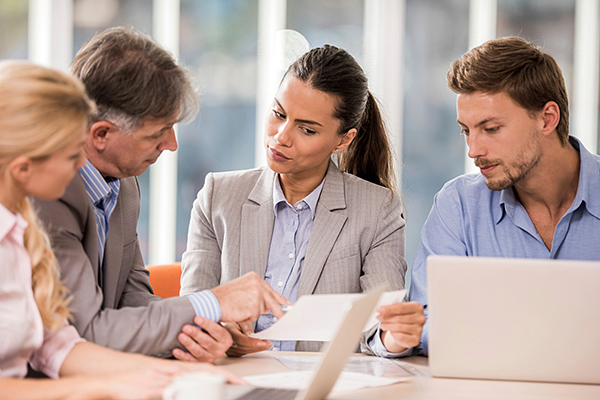 How can you help your children or other family members with large purchases? One solution could be the intra-family loan. Intra-family loans are a way to help children or other family members finance major purchases at an advantageous interest rate, and transfer or preserve wealth with a minimum of tax consequences for you or your heirs. While these loans can be quite helpful, it is important to remember is that this is an actual loan—not a gift. The borrower must pay the loan back.

Intra-family loans usually have a lower interest rate than standard loans, providing a potential to save thousands of dollars. Loans between related parties can use the “applicable federal rate” or AFR in accordance with Section 1274(d) of the Internal Revenue Code. The AFR is different for different maturities: short-term (three years or less), mid-term (more than three and up to nine years) and long-term (more than nine years).1 The actual rates are updated monthly and can be found on the IRS website here: https://apps.irs.gov/app/picklist/list/federalRates.html.

Written by Suzanne Tudor on 08 March 2021. Posted in The Financial Planner

The "Disclaimer." Just Say No?

Receiving an inheritance can be an emotional, exciting, and even life-changing event. But what if you don’t want to accept it? There are situations when accepting an inheritance may not be in your best interest, or not what you want for yourself. Our legal system provides us with a simple and straightforward way to say “no” to an inheritance: the disclaimer. We have the right to “disclaim” or turn down an inheritance (or a specific asset within an inheritance), as long as we follow the rules.

What is a Disclaimer?

The writing must be very specific as to what you are disclaiming and follow all the rules (see 26 U.S. Code Section 2518). If you plan to disclaim but receive any part of the inherited interest, even briefly, it will be considered your asset.

How Does the Disclaimer Work?

When you disclaim an inheritance, you cannot stipulate where the asset or interest goes. The interest will pass on to the next heir according to the will, trust, beneficiary designation or intestate succession laws as though you did not exist.